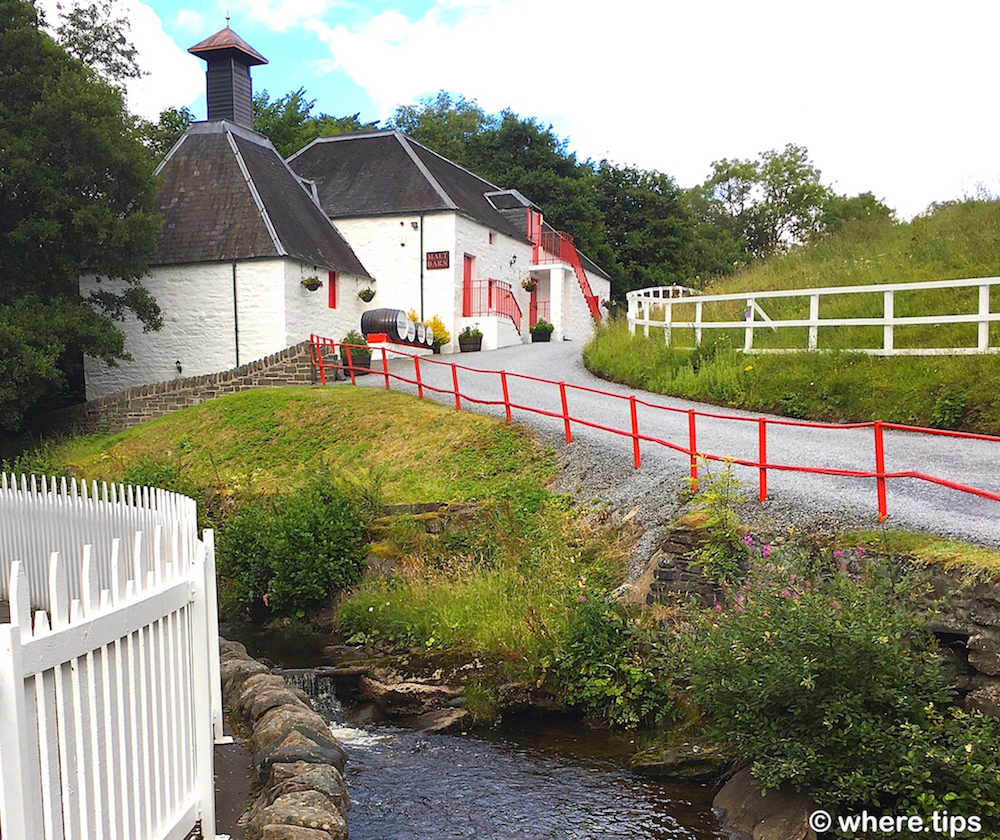 August 17, 2017 The Englishman Who Ate Everything Leave a comment

Finding the perfect whisky distillery tour is a challenge; there are more than 100 working distilleries in Scotland alone and most of them offer tours. If you’re already a single malt whisky fan (by which I mean a fan of single malt whisky and not an unmarried fan of malt whisky), then you’ll certainly have a list of your favourite whiskies and you’ll probably want to visit at least one of the distilleries where these were made. If, on the other hand, you’re a beginner or you’ve never visited a distillery before, then which one should you choose?

The larger the distillery, the more the automation; instead of an understandable manual process, you will be shown rooms full of tanks, rows of stills, arrays of dials, computer screens and miles of convoluted piping heading off in all directions. This makes it very difficult to follow the flow from water to whisky. Despite the best efforts of the tour guides, it’s very likely that you’ll leave somewhat confused. But don’t be dispirited, help is at hand.

The smallest traditional (as opposed to micro) distillery in Scotland is the Edradour Distillery in Highland Perthshire just up the road from the picturesque town of Pitlochry. It’s an easy and well-signposted drive from Pitlochry to Edradour.  When you arrive and wander up the hill to the distillery from the (free) car park, you’ll know that you’ve found somewhere special. The small white distillery buildings with their red doors, the Edradour Burn (stream) running between the buildings and the hillside setting are just perfect.

Edradour has been a legal distillery since in 1825 – although there is evidence of (less legal) distilling in the area dating back to the end of the 15th century. Many of the white buildings date back to the mid 19th century when they were either purpose built or else converted from existing farm buildings.

On the tour you will see (and smell!): the open-topped mash tun used to mix the malted barley with the water – this is spring water (not water from the burn), the unique open refrigerator used to cool the wort from the mash tun (this does use water from the burn), the two pine washbacks used to store the cooled wort (you will certainly be able to smell these!), the smallest traditional copper still in use in Scotland beside it’s larger brother, the two worm tubs used to cool the spirit after each of the two distillations (again using water from the burn), the trailer outside the still shed containing the used barley called draff (there’s one trailer per day and this is collected every evening by a local farmer to be used to feed his happy cows), the spirit safe where the best part of the spirit from the small still is manually redirected to a storage tank ready for casking and the warehouse containing the oak casks where the whisky will mature for at least 10 years. Finally, you’ll get to taste two versions of the end product and you’ll have the opportunity to buy a bottle (or two) from the Edradour range in the distillery shop.

Astonishingly, Edradour only employs three men to make their whisky and they produce the same amount of whisky per year that the big distilleries produce per week.

Why? Because it’s easier to find a wee dram in a wee distillery.

If you’re visiting the Scottish capital on your trip, be sure to check-out my Edinburgh tips.