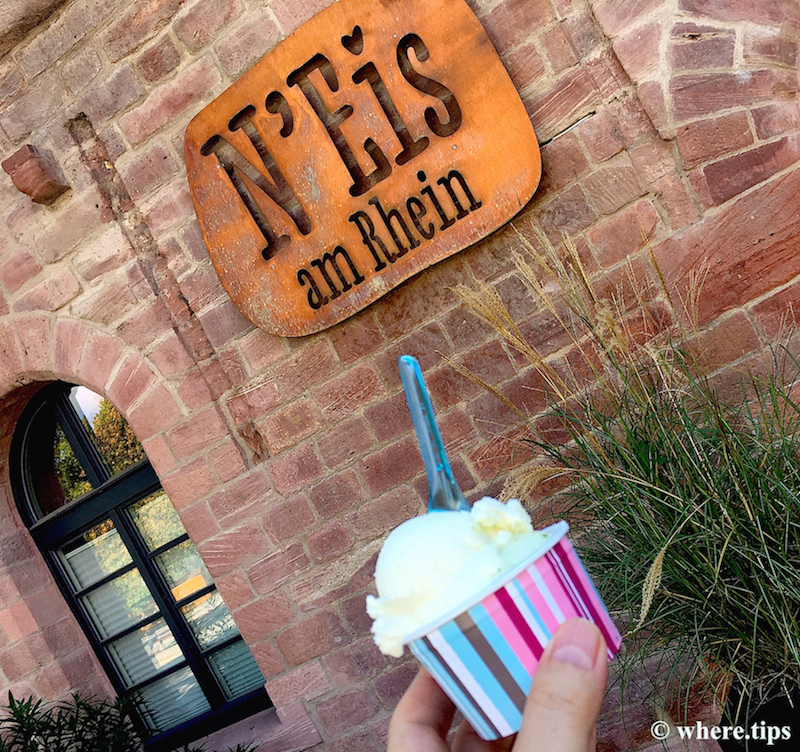 September 18, 2017 The Englishman Who Ate Everything

Autumn is here (at least in the northern hemisphere and north of the Alps). In an attempt to squeeze the most out of what might be the last warm and sunny day for months, we skipped our lunchtime dessert and headed down to the Rhine for a post-prandial stroll along the promenade. Armed with a tightly-furled umbrella – as is befitting for any Englishman in a city civilized enough to own a promenade – we went in search of ice-cream.

Umbrellas – a short detour en route to the ice-cream

When I say that I was armed, I must confess, that I was wise enough to suggest that my wife bring along her Suprella “super umbrella”. This has several advantages over and above those advertised in the marketing campaign that persuaded me to buy it for her – but I’ll come to those shortly. The Suprella is a contraption obviously designed by a genius or a complete idiot; in its unfurled but unopened state, it will stand quite happily on its own on what is normally the pointy end – thereby allowing the rainwater to drain off and the user to engage in a hands-free conversation in the Italian style.

At the first inkling of rain, it can be opened in the conventional way by pressing a red button and pushing a ring up the shaft. Somehow, this action causes the middle of the umbrella to ascend towards the non-pointy pointy end and simultaneously causes the perimeter of the umbrella to expand outwards as one expects. Suprella owners – or at least those pretending to be owners – can be seen in the sales video gracefully entering and exiting taxis, cars and public transport. They negotiate automatic and even revolving doors without so much as a drop of rain falling on their perfect hair or outfits – possibly because the video I saw was filmed on a dry day. They succeed in withdrawing their closing umbrellas in the nick of time and split seconds before the owners of lesser (and considerably cheaper) umbrellas watch in dismay as theirs are wrecked by all manner of closing doors.

Another advertised advantage of the Suprella is the handle which is basically an extension of the curve of a conventional umbrella handle to form an almost complete loop. This should allow the aforementioned hands-free conversation to be continued whilst walking with your closed umbrella dangling from your forearm. Quite how this is an improvement is beyond me because my shirted, pullovered and jacketed (and in winter, overcoated) forearms are too thick for the loop whereas every normal umbrella fits perfectly. Even if it’s not the future of umbrellas, the Suprella does however have two great (and unadvertised) advantages: the small handle means that I don’t have to carry it and it leaves both of my hands free to eat takeaway ice-cream.

Now when you read ice-cream, you might already be thinking about your favourite flavour. Maybe you prefer the classics: chocolate, strawberry or plain vanilla. Maybe you have ventured beyond the Neapolitan flavours and discovered mango, coconut, walnut or one of the myriad of chocolatey, caramelly, biscuity combinations that are ultimately just predictable calorific sugar bombs. Maybe a healthier sorbet is your thing – a refreshing yoghurt, lemon, melon or some other anagram. Or maybe, like me, you wish that you could just go to your local ice-cream parlour or gelateria and be able to try Something Different – something original, something that you’ve not only never tasted before but a flavour that you’ve never even associated with ice-cream. I know that people have dabbled with oyster ice-cream, crab ice-cream and other shock-value ingredients but until recently, I’ve never been impressed by the choice of flavours on offer at any ice-cream parlour.

This all changed when I visited N’Eis in Mainz, Germany. The name is a word play; it’s an abbreviation of Neustadt Eis (“Neustadt Ice-cream”) and it sounds like the English word nice. Nice. They have a small shop in the Neustadt (“new town” – the new part of Mainz – although many of the buildings are over 100 years old) and an even smaller shop in the Altstadt (“old town”) down by the Rhine (pictured above). They only offer a dozen or so varieties; vanilla and chocolate are always available but the other flavours vary daily so there’s always something new to try.

Before I list some of these flavours, I’d like to point out that this post isn’t just about my favourite ice-cream shop (or umbrella). It’s a call-to-action to all you ice-cream lovers to demand something new from your local ice-cream makers. Below you’ll find a list of some of the more exotic flavours made by N’Eis. It’s nowhere near the complete list – I’ve just chosen the ones that I think might whet your appetite for something beyond the familiar and to show what can be achieved with a bit of creativity. The next time you order an ice-cream, ask if they have any of these!

So here we go – in alphabetical order – prepare to meet the future of ice-cream:

Here are a few flavours that I’d like to see and try:

What do you fancy trying?

If you liked this post, check-out my other posts about unusual food.