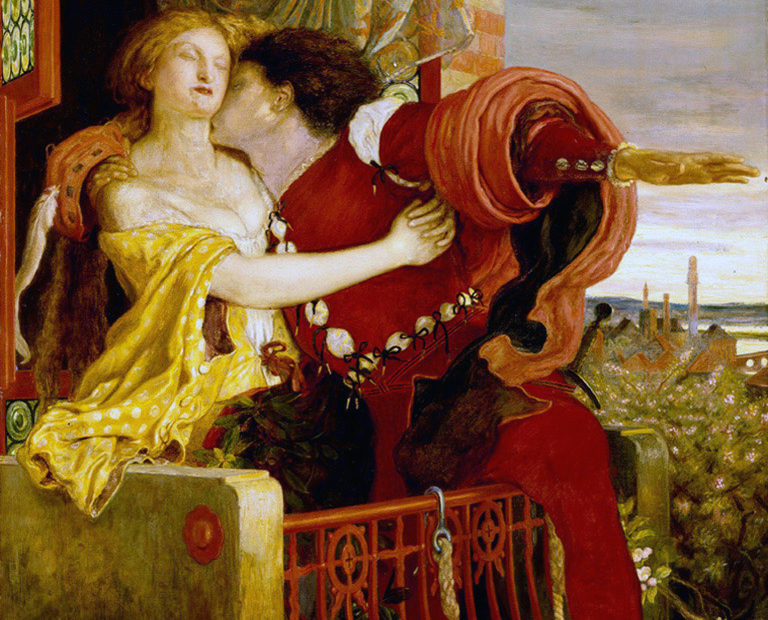 August 24, 2017 The Englishman Who Ate Everything

We’ve all heard the line from the balcony scene of Shakespeare’s Romeo & Juliet: O Romeo, Romeo! Wherefore art thou Romeo? Most of us picture a demure Juliet standing on the balcony looking down to the dark courtyard and asking Romeo where the hell he’s hiding. Most of us are wrong. In the play, it is early morning and Romeo is skulking in the shadows but Juliet is unaware of his presence and is talking to herself (and to the audience of course). Wherefore doesn’t mean where, it means why. Juliet Capulet isn’t asking Romeo Montague where he is, she’s asking herself why she loves Romeo – a member of her family’s arch-enemies, the Montagues.

For centuries, Shakespeare’s story of love and defiance has inspired romantics around the globe. Every year, hundreds of thousands of tourists visit Juliet’s house (Casa di Giulietta) in the small Italian city of Verona. There they can gaze at the famous balcony and re-live the romance of Romeo and Juliet. They can stroke the shiny right breast of the bronze statue of Juliet in the courtyard below. This ensures good fortune and luck in love. They can write the name of their sweetheart or would-be sweetheart on Juliet’s wall at the entrance just inside the gates. Surely this too guarantees everlasting love. They can attach their scribbled love vows or even letters to Juliet to the adjacent wall thereby. This further ensures that their dreams will come true and their relationship will be long and happy. Finally, and less traditionally, they can paint or scratch their names or initials on a padlock, attach it to the large ornamental gate from the street and throw the key into the River Adige. Oh, what a perfect, romantic place!

Unfortunately, the reality is somewhat disappointing. The love story existed long before the 1590s when Shakespeare borrowed it as a basis for his tragedy. As Juliet never existed, at least not in Verona, her house is a publicity stunt; the 14th century palazzo was bought from the Dal Cappello (not Capulet) family by the City of Verona in 1905 and promptly turned into a tourist attraction. The balcony had been added in the 17th century – when even Shakespeare’s Juliet would have been an old lady – if she’d have lived, so to speak. Further, she was only 13 in Shakespeare’s version of the story – something which is conveniently, and probably best, forgotten in the many film versions and stage productions.

During opening hours, the entrance, courtyard, museum and shop are nearly always packed and the authorities fight an ongoing battle to keep everywhere clean. They have therefore installed white sheets on replaceable panels to be used instead of the walls for love graffiti. Anyone caught using chewing gum to stick their love letter to the walls will be prosecuted and fined up to 500 euros. As I indicated in the title, true love might well come to a sticky end!

On a much more positive note, there’s still a great reason to visit; it’s a charming boutique hotel called Hotel il Sogno di Giulietta (Juliet’s Dream) tucked away in one corner of Juliet’s courtyard. The entrance is shared by the same padlock-covered gates mentioned above and when these are locked to the public they will still be opened to residents. As a hotel guest, you can experience the tranquility and romance without the milling tourists. If you have a room overlooking the courtyard, then you will also be able to admire Juliet’s balcony and lose yourselves in romantic reveries without having to worry about a sticky end.

If you’re travelling further south to Naples (Napoli), be sure to read Where … a pizzeria offers only Margherita or Marinara.