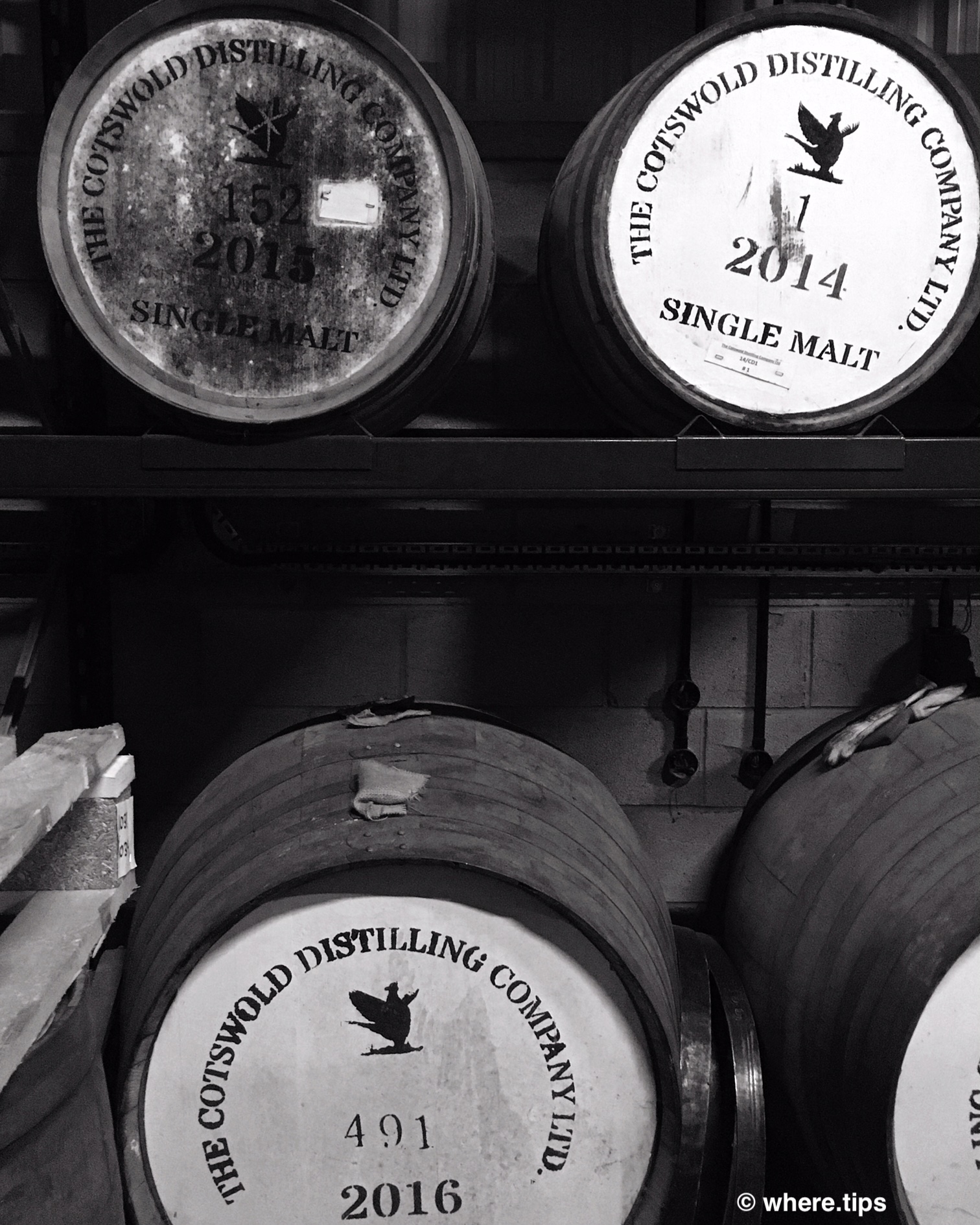 July 11, 2022 The Englishman Who Ate Everything

Although The Englishman Who Ate Everything has yet to be convinced about the merits of English wine, a recent trip to the Cotswolds Distillery has convinced him that a fine dram of single malt whisky can be distilled south of the border.

The visit was preceded by a scenic drive though the delightful Cotswolds with a couple of stops at the picture-postcard villages of Bourton-on-the-Water and the less crowded Lower Slaughter – the name is not indicative of some medieval atrocity but rather from the Old English slough meaning wetland. Fortunately we stopped for a hearty lunch in Stow-on-the-Wold before heading to the distillery at Stourton at the north-east edge of the Cotswolds.

The Cotswolds Distillery has been open since mid 2014 and they released their first whisky in October 2017 – presumably exactly three years and one day after it was casked as dictated by both law and lore. As with many similar businesses – deciding to plant an apple orchard to make cider springs to mind – one needs a mid-term plan to survive the long maturation time (3 to 10 or 12 years for whisky and 4 to 10 years for apples) and the distillery turned to gin to bridge the gap.

The original Gin Craze in the first half of the 18th century saw English gin replace French brandy as the nation’s favourite tipple. Although the modern Gin Craze was well under way in 2014, there were no guarantees that it would be more than a short-lived fad. The fact that there are now over 500 gin distilleries in the U.K. and that the Cotswold Distillery continues to produces a wide selection of gins shows that the trend is ongoing.

Back to the Cotswolds and back to whisky. The distillery tour, like most distillery tours, was (rightly) aimed at people who have never been on one before but had plenty of opportunities to ask questions – yes they really use tap water – having tasted Cotswold tap water (aka Thames Water!) and the end product, I understand why!

Our favourite was the cask strength Founder’s Choice Single Malt Whisky aged in red wine casks giving the whisky rich chocolatey toffee notes combined with dark fruit – yes, this was a post-covid visit so our palettes were once-again in full working order – albeit somewhat bombarded by the alcohol.

Be sure to also check-out my post Where … to find the smallest whisky distillery in Scotland.