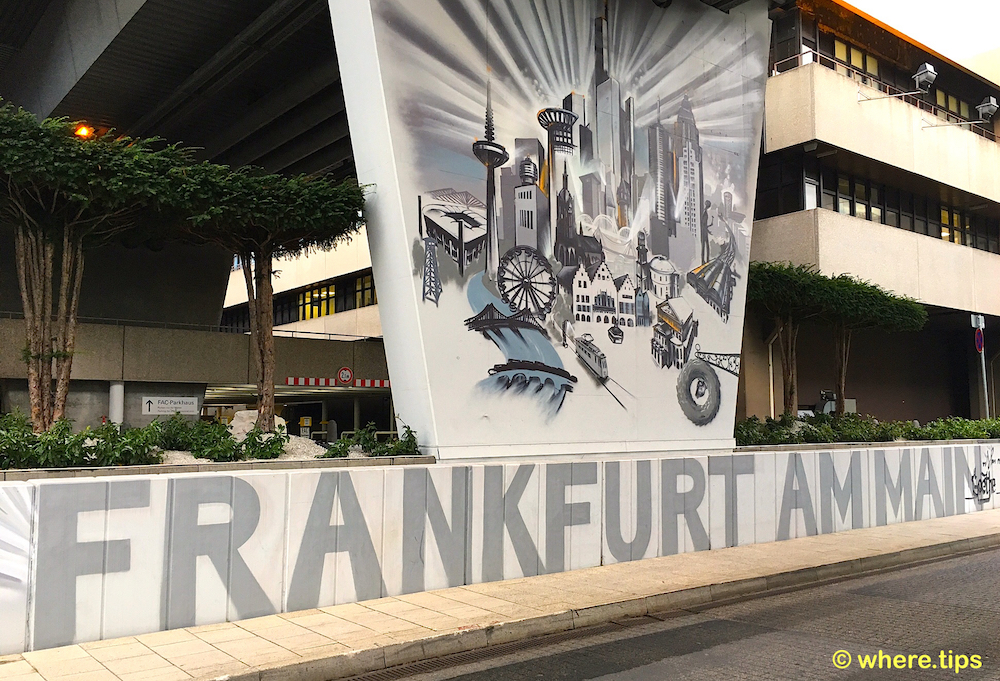 September 22, 2017 The Englishman Who Ate Everything

You know the feeling, you’ve seen the sights, you’ve visited enough of the museums and galleries, you’ve tried the local cuisine and, maybe, too much of the local tipple. Today, with a few of hours to spare, the top of your to-do list is to find a present for your loved one(s). If only you knew where to go and what to buy. Well, if you happen to be in, or plan to visit, Frankfurt am Main, Germany then read on and I’ll tell you where I’d go to buy a perfect present in Frankfurt.

When British Airways was still “the world’s favourite airline”, they always used to welcome you to “Frankfurt main airport” as soon as the plane touched down in Frankfurt am Main. Maybe they still do, or maybe they got fed-up with Germans explaining that it’s not main (pronounced .. er .. main), it’s Main (pronounced mine) because this Frankfurt sits on the banks of the River Main (pronounced, you guessed it, mine). To be fair to good ol’ BA, it is the main airport too; the other Frankfurt airport is called Frankfurt Hahn which is a marketing ploy as it’s actually 11 km closer to Luxembourg than it is to Frankfurt, two cities 230 km apart.

The other reason for the “am Main” is that there’s also a Frankfurt in eastern Germany called Frankfurt an der Oder because, as you will also have guessed, it’s on the River Oder. I’m not going to attempt to explain why the masculine der Main becomes am Main (short for an dem Main) and the feminine die Oder becomes an der Oder other than to say that German grammar is in serious need of simplification – especially if it wants me to speak it correctly.

The (Main) Frankfurt is home to the skyscrapers of international banks, the world’s largest motor show, the world’s largest book fair, one of the world’s largest airports, two opera houses and a pleasant botanical garden called the Palmengarten. Until recently, Frankfurt was also the home of the world’s most famous sausage, the Frankfurter. Austrians might disagree with this now that they have not only their Wienerwurst (Viennese sausage or wiener) but also their famous 2014 Eurovision Song Contest winner Conchita Wurst. As the Germans like to say, everything has an end, only the sausage has two.

Given that the famous Alte Oper (“Old Opera House”) is also worth seeing from the outside and that it’s central and easy to locate, it’s the perfect starting place to find that perfect present. If you stand on the Opernplatz (“Opera Square”) with your back to the Alte Oper, then the main road on your right with the two shiny Deutsche Bank towers is called Taunusanlage. Directly across this street and just a stone’s throw from where you’re standing is one of my favourite shops in Frankfurt.

If you value quality, then Manufactum is among the most impressive stores not only in Frankfurt, but also in the whole of Germany. They have a dozen or so branches in the more prestigious cities and each is an emporium of handcrafted objects that you’ll want to own.

Unless you know Manufactum already, it’s difficult to describe just how wide their product range is. Describing a few of the things that impress me might give you the idea though:

Yes, some of the things are old-fashioned – but these are exactly the products that people still want decades after they were first made. Some products are expensive – but quality comes at a price and the lowest price tag is just a few Euros. Some products won’t be of interest, but you’ll still marvel at the craftsmanship and, no doubt, craftswomanship that went in to designing and making them.

Where … to buy a perfect present in Frankfurt? Manufactum, Bockenheimer Anlage 49, 60322 Frankfurt am Main.

If you need a restaurant recommendation for a special dining experience (that happens to be just around the corner from Manufactum), check-out my post Where … to kiss in Frankfurt.